SPREAD OF
ANTIBIOTIC RESISTANCE
IN THE ENVIRONMENT 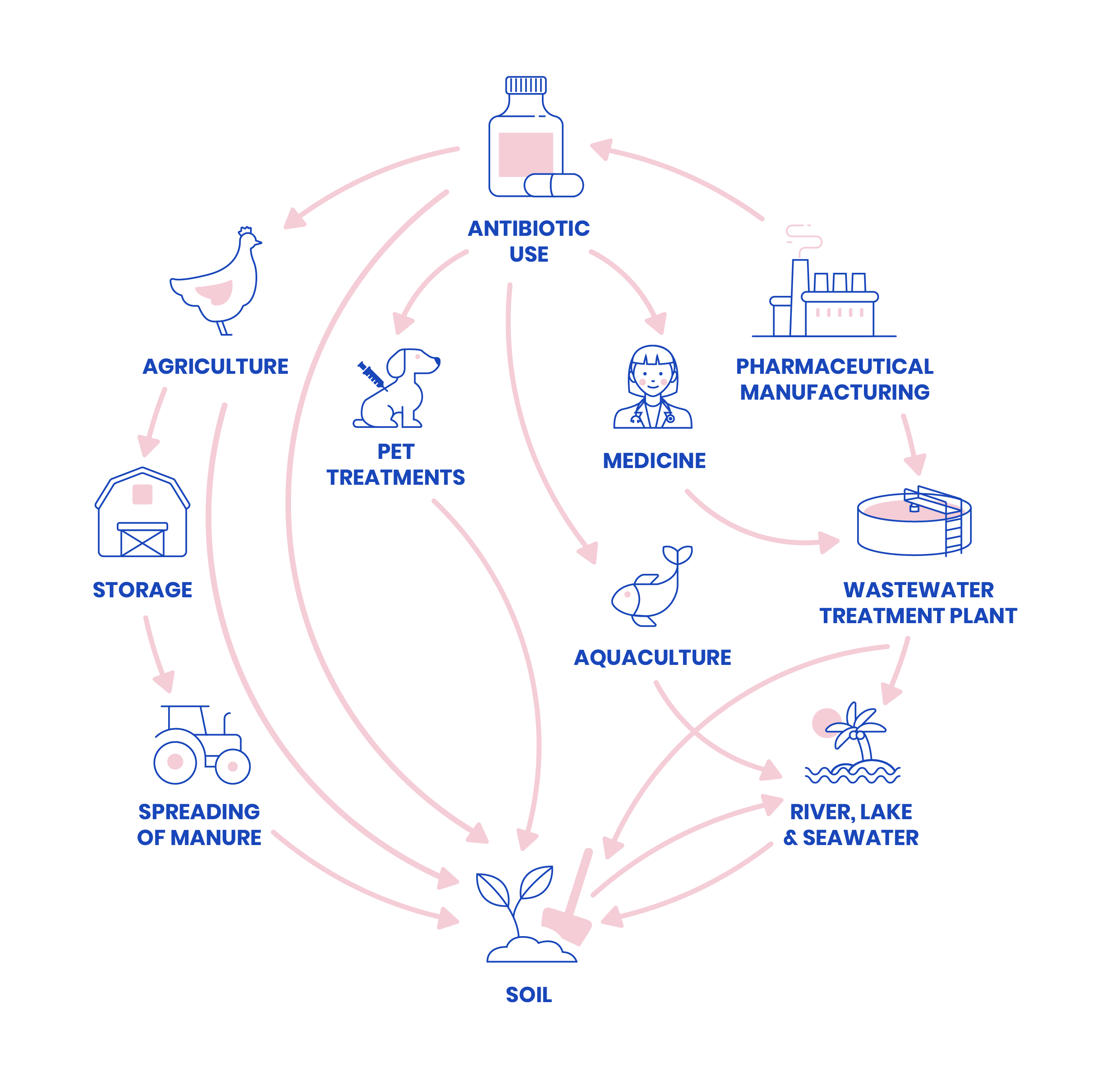 Antibiotic-resistant bacteria and their ARGs enter the environment through several sources, including from human and pet treatments, agriculture, aquaculture, and pharmaceutical manufacturing sites. Human waste usually goes through a wastewater treatment plant prior to being released into receiving waters or land, while animal waste often goes directly into soils or surface waters. The use of animal wastes as fertilizers can also contribute to the spread of ARGs in the environment.
‍
Monitoring of ARGs is a prerequisite to identifying and characterizing sources of resistance as well as developing effective strategies to mitigate its development and spread. With monitoring data, scientists and governments can conceive ways to stop its spread into human disease-causing bacteria, and ultimately, people. Antibiotic resistance monitoring can thus provide early warnings of emerging threats and help identify long-term trends.