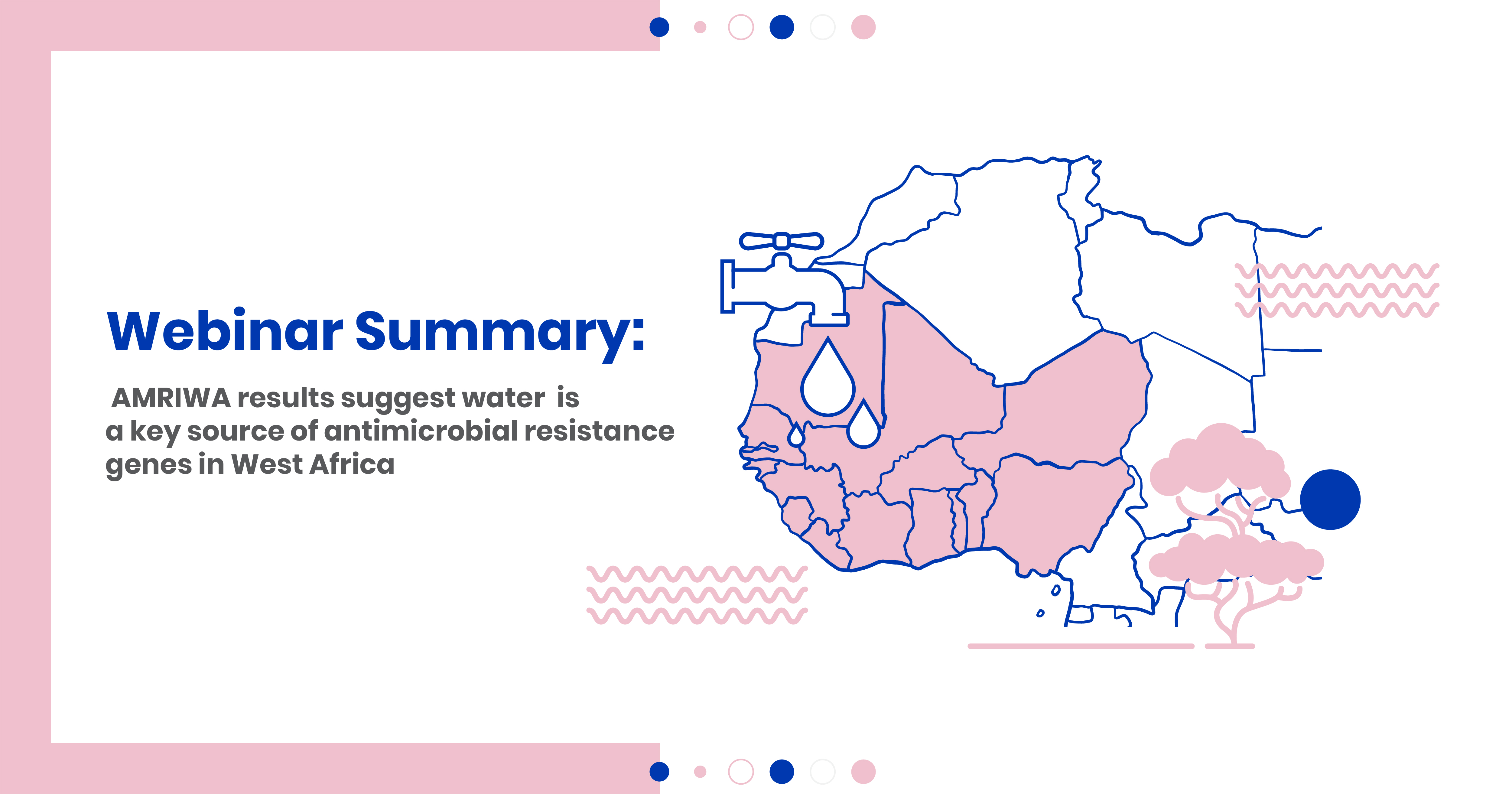 Resistomap hosted the first webinar from its Monitoring Antibiotic Resistant Genes (ARGs) in low- and middle-income countries (LMICs) webinar series in February. In the webinar, Dr Alidehou Jerrold Agbankpe and Dr Kaisa Haukka provided an overview of the antimicrobial resistance (AMR) situation in Benin and presented preliminary results from their interdisciplinary research project looking for resistance gene hotspots in West Africa using the One Health approach. In this blogpost, Lotta Peussa summarises the webinar presentations.

In Benin, the use of antibiotics in human and animal health is not strongly regulated. In the past, antibiotics could be purchased in markets and pharmacies without a prescription and self-medication remains common in rural areas. According to Dr Agbankpe, the inappropriate use of antibiotics has led to a rise in AMR and infectious diseases treatment failures in Benin. AMR research in Benin is still relatively limited and fragmented. Moreover, local laboratories are often not equipped with the technology or expertise needed for AMR surveillance. Dr Agbankpe suggested that to improve AMR surveillance, LMICs such as Benin must network with high-income countries with experience of AMR surveillance.
‍
The Antimicrobial Resistance in West Africa (AMRIWA) project, presented by Dr Agbankpe and Dr Haukka, represents an exciting example of such a partnership. Employing the One Health approach, the project brings together microbiology, clinical medicine, and sociology researchers across Finland, Benin, Burkina Faso, and Mali. One goal of the AMRIWA project is to determine the occurrence and sources of AMR in West Africa. To this aim, the researchers collected approximately 2500 samples, including human and animal waste as well as various environmental samples (e.g., soil, water, and
wastewater) from the three West African countries.

Dr Haukka shared preliminary results from the project focusing on water samples. Metagenomics analysis of hospital wastewater revealed that Beninese and Burkinabe hospitals showed a significantly higher relative abundance of ARGs compared to Finnish hospitals, with Beninese samples showing the highest relative abundance. Initial results using Resistomap’s SmartChip high-throughput qPCR ARG quantification service indicated that many ARGs, including clinically relevant carbapenemase genes, were present in the various wastewater samples collected. Purer water samples from river Niger and wells in various regions contained less ARGs, however, drinking water samples from a rural village in Benin showed some of the highest abundances out of the purer water samples. Together, these results suggest that water is an important source of ARGs in West Africa.

The researchers have also begun to characterise various sample types from Benin using chromogenic plates, with approximately 200 isolates of pathogens identified so far. The researchers detected many different carbapenemase genes in these samples. Many of the Beninese samples also contained ESKAPE bacteria, such as Klebsiella pneumoniae and Acinetobacter baumannii, which are notorious for their virulence and drug-resistance.

In her closing remarks, Dr Haukka argued that to assess the risk to human and animal health posed by the presence of ARGs and resistant bacteria in the environment, universal guidelines for risk assessment are needed. She proposed that hazard identification and characterisation are key to addressing this major challenge. In turn, risk assessments will facilitate better risk management. The research group will continue their analysis, including whole-genome sequencing of AMR bacteria isolates, and capacity building in AMR research in West Africa.

Join us for our next webinar Monitoring ARGs in Indonesia on 30 March 2021. Stay tuned for more information!